With our little munchkin now being very curious whenever we're working in the kitchen, I decided to build him a Helping Tower based on plans from Ana White.  I haven't done many woodworking projects in awhile, and certainly none of a larger size where finish quality mattered.  The end result came out quite nicely and is being enjoyed so far: 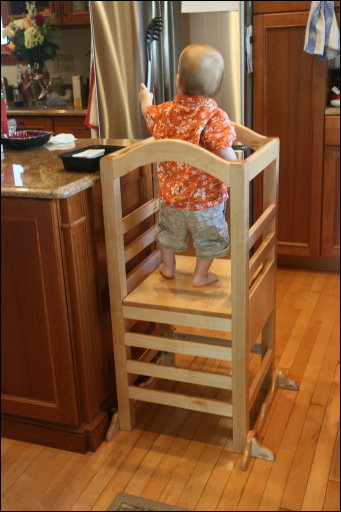 Given the amount of time that would be involved in making it, I decided to use maple which also better matches the other furniture we have in our kitchen.  I ended up making a bunch of modifications to the plans:

I used a Kreg Jig for the first time to create the pocket holes and it worked very nicely and made assembly fairly straight-forward.  Clamping in-place prior to screwing in turned out to be critical.  The end result is quite sturdy. 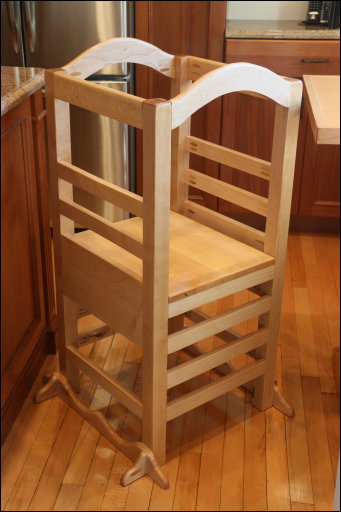 The tower is finished with Zar's Honey Maple and then three coats of General Finishing's Toy Maker's Finish.

Close up of the folding feet on one side: 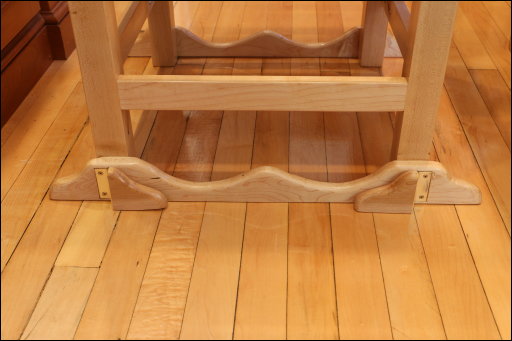 I put plugs into the upper pocket holes to make them look better: